By carmenhsu In 1 Timothy, Devotion Text with Comments Off on 1 Timothy 1 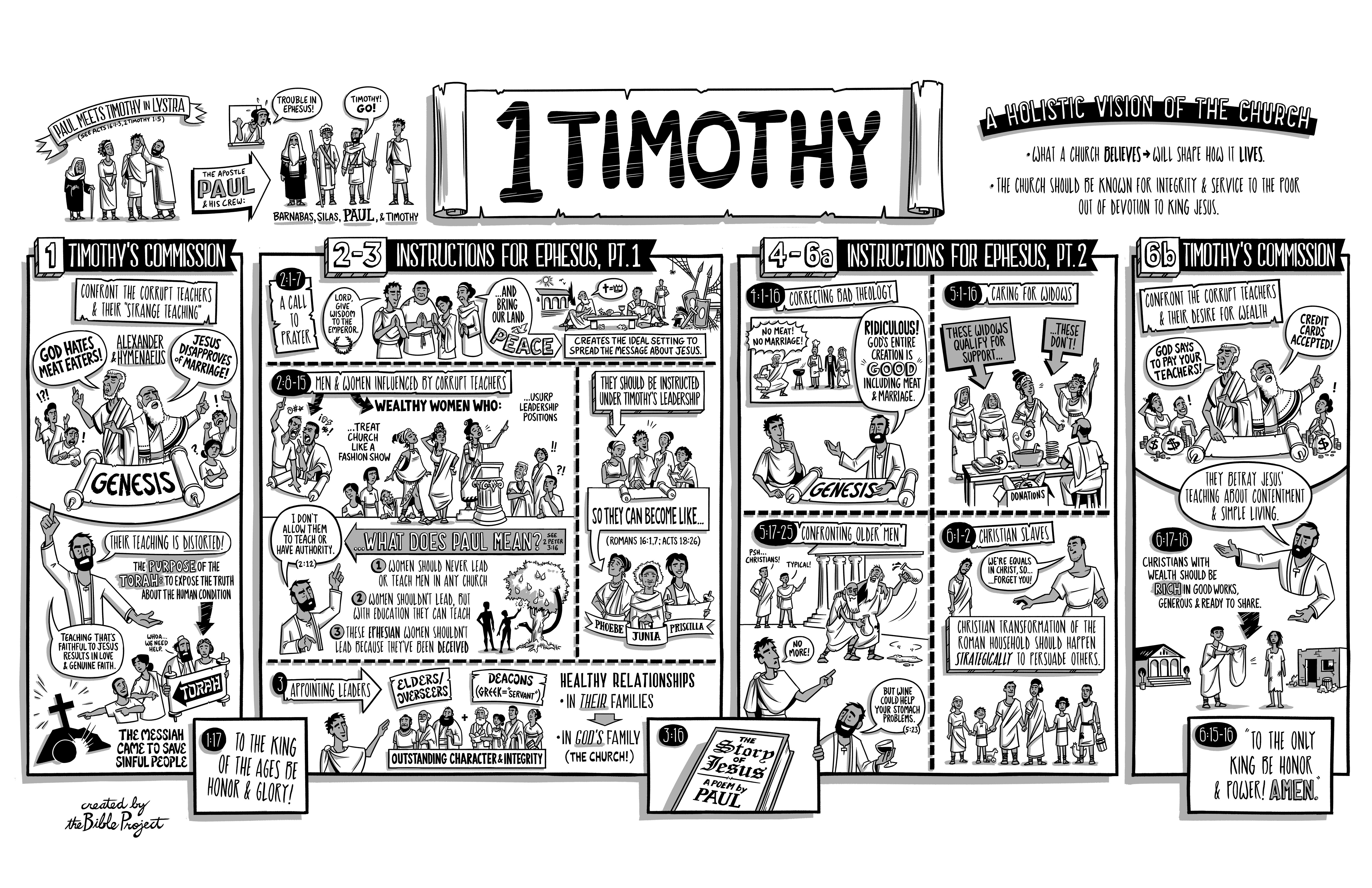 A Study Through the Book of 1 Timothy

The first verse of 1 Timothy clearly states that Paul is the author, and this was universally affirmed until the nineteenth century. In the last 200 years a significant shift has occurred in biblical scholarship so that many today deny that Paul actually wrote 1 Timothy, 2 Timothy, or Titus. Critics point to ways in which these three letters (the “Pastoral Epistles”) differ from Paul’s other letters in style, vocabulary, theology, church order, and the way in which Paul is portrayed. However, the differences in theology and church order, for example, are typically overstated based on a particular reading of Paul’s earlier letters, and based on the effect of reading these three letters as a unit rather than individually (as the rest of Paul’s letters are read). For example, some claim that the Pastoral Epistles picture a much more structured church with an emphasis on church officers (esp. elders and deacons) rather than the dynamic, Spirit-directed church in Paul’s other letters. This overstates the evidence of both groups of letters in opposite directions. Elders are mentioned as early as Paul’s first missionary journey (Acts 14:21–23), and Philippians is addressed to the “overseers and deacons” of the church in Philippi (Phil. 1:1). Furthermore, difference in style and vocabulary is not unusual for a creative mind, especially considering that these letters differ from the other letters in purpose, subject matter, and audience, these being the only ones written to coworkers.

Additionally, it is problematic to argue that these works were written under a false name since the early church clearly excluded from the apostolic canon any works they thought to be pseudonymous. While critics point to the common practice of pseudonymous writing in the ancient world, they usually fail to point out that this practice, though common in the culture, was not common in personal letters, and was categorically rejected by the early church (cf. 2 Thess. 2:2; 3:17; also Muratorian Canon 64–67; Eusebius, Ecclesiastical History 6.12.3). Tertullian (c. A.D.160–225) wrote that when it was discovered that a church elder had composed a pseudonymous work, The Acts of Paul (which included a purported Pauline letter, 3 Corinthians), the offending elder “was removed from his office” (On Baptism 17). Accepting as Scripture letters that lie about their origin is also a significant ethical problem. Thus, there is a good basis for affirming the straightforward claim of these letters as authentically written by Paul.

The title indicates that this letter was sent to Timothy (1:2), and its contents confirm that, chronologically, it precedes 2 Timothy. [1]

The letters to Timothy and Titus have long been called the Pastoral Epistles, under the assumption that they are intended to give instructions to young pastors on church order. But that tends both to read later concerns back into these letters and to lump them together in a way that loses their individual (and quite different) character and life setting. This letter is the first of the three, written soon after Paul had left Timothy in Ephesus. Having disfellowshipped the ringleaders of the false teaching (1:19-20), he left Timothy there while he went on to Macedonia, charging him to stop “certain persons [from teaching] false doctrines any longer” (1:3).

These two matters merge in the final charge to Timothy in 6:20-21. The rest of the letter deals with community matters, obviously deeply influenced by the false teaching—matters such as the believers’ gathering for prayer and teaching (2:1-15); qualifications for, and replacement of, leaders (3:1-13; 5:17-25); caring for older widows, but urging younger ones to marry (5:3-16); attitudes of slaves toward masters (6:1-2).

Despite the many words directed personally to Timothy, this letter is all business, as is made clear by a lack of both the ordinary thanksgiving and prayer reports that begin Paul’s letters (cf. 2 Timothy) and the greetings to and from friends that conclude them (again, cf. 2 Timothy). [2]