By carmenhsu In 2 Timothy, Devotion Text with Comments Off on 2 Timothy 1 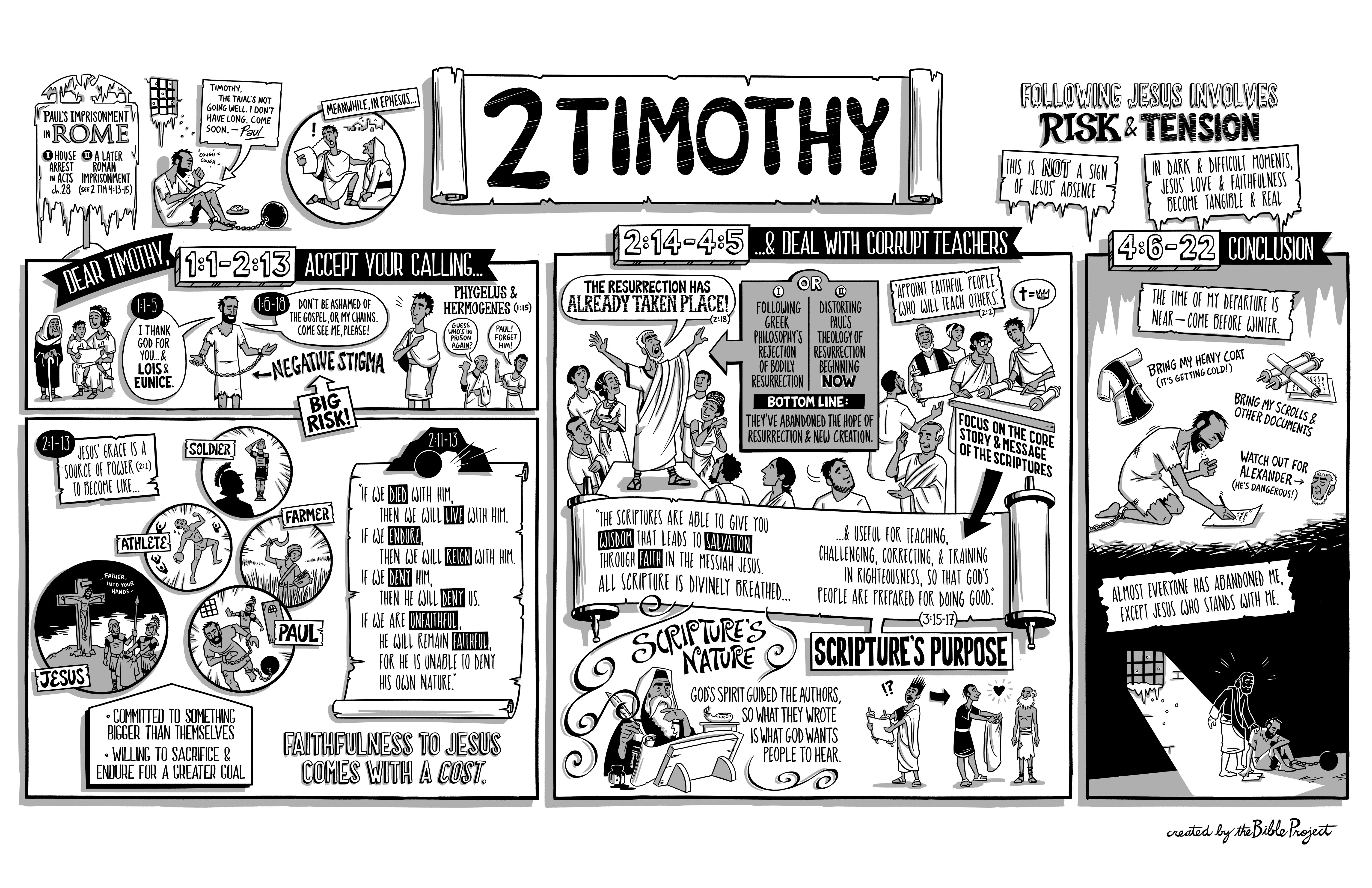 A Study Through the Book of 2 Timothy

The letter pictures Paul in prison in Rome, awaiting death. Most likely, then, this letter was written during Paul’s second Roman imprisonment (later than the imprisonment recorded in Acts 28). Therefore this letter would have been written after 1 Timothy and Titus. Eusebius (Ecclesiastical History 2.25; 3.1) claims that Paul was martyred sometime during Nero’s reign (which ended in A.D. 68, but intense persecution began in 64). Since Paul wrote 2 Timothy shortly before his death, it was probably written in A.D. 64–65, though some would place it as late as 67. [1]

This is Paul’s final (preserved) letter. At the end, we learn that its primary purpose was to urge Timothy to join Paul in Rome posthaste (4:9, 21) and to bring Mark and some personal items along with him when he comes (4:11, 13). Timothy is to be replaced by Tychicus, the presumed bearer of the letter (4:12). The reason for haste is the onset of winter (4:21) and the fact that Paul’s preliminary court hearing has already taken place (4:16).

But the majority of the letter is very little concerned about this matter and very much an appeal to Timothy to remain loyal to Paul and his gospel by embracing suffering and hardship. And in this sense it also becomes a community document (hence the plural “you” in 4:22b), implicitly urging the believers to loyalty as well. This appeal is made in the context of the continuing influence of the false teachers (2:16-18; 3:13), the defection of many (1:15), and Paul’s expected execution (4:6-8).