By carmenhsu In Devotion Text, Hebrews with Comments Off on Hebrews 1 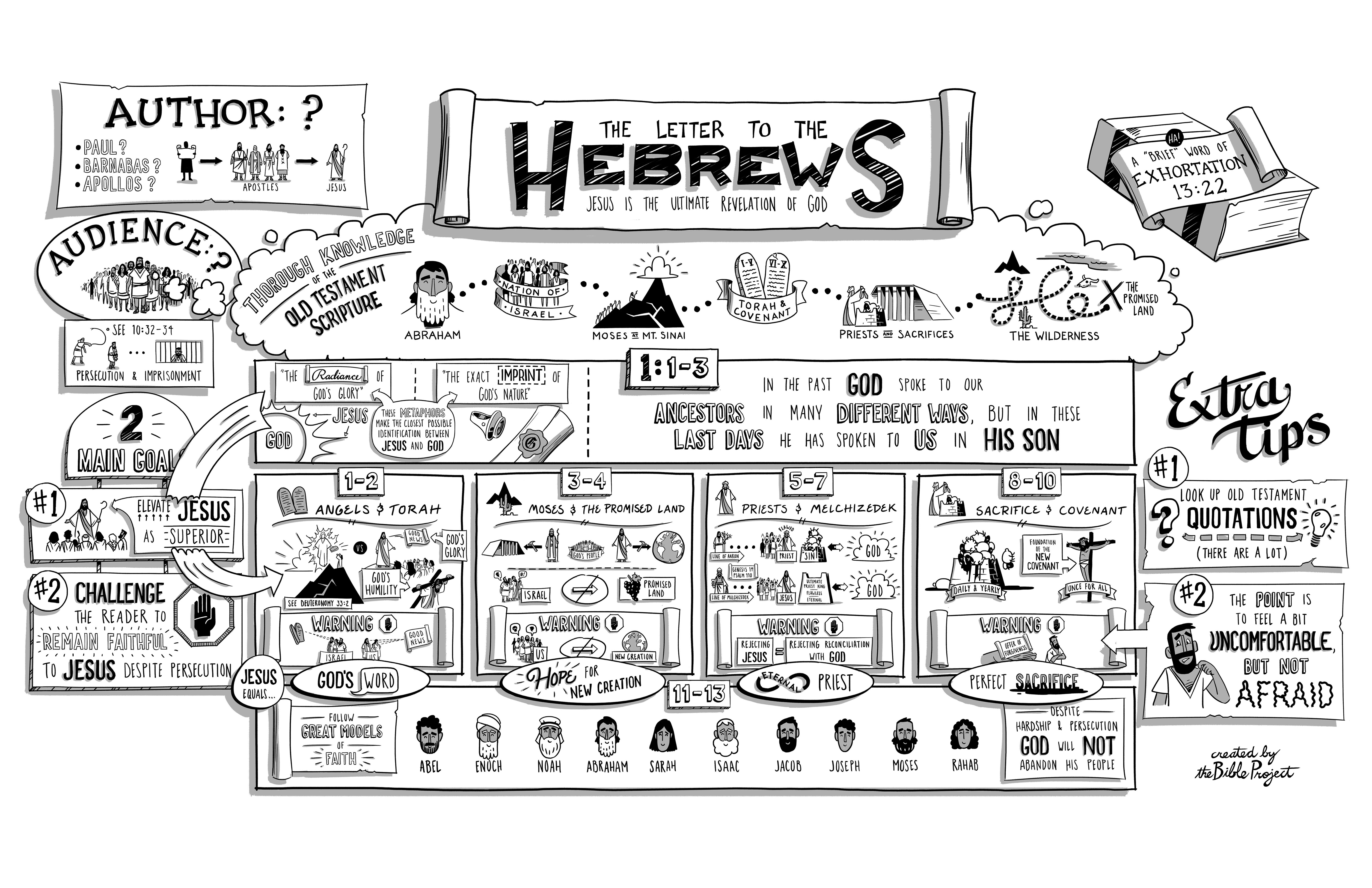 A Study Through the Book of Hebrews

The author of Hebrews neither names himself nor clearly designates his audience. The traditional title “to the Hebrews” reflects the ancient assumption that the original recipients were Jewish Christians.

The author’s identity has been a matter of significant conjecture throughout church history. In antiquity, authorship was attributed to figures such as Barnabas or especially Paul. However, several of the most astute church fathers recognized considerable differences in style and method of argument between this book and Paul’s named writings. Scholars have suggested other possible authors, such as Clement, Luke, or Apollos. However, most today concede that this author remains anonymous. It seems that the judgment expressed by Origen (d. c. A.D. 254) remains correct: “Who actually wrote the epistle, only God knows” (cited in Eusebius, Ecclesiastical History 6.25.14).

The author clearly knew his recipients and longed to be reunited with them (Heb. 13:19). They had a mutual friend in Timothy (13:23), and probably this was the same Timothy who ministered alongside Paul. The author was presumably male, since he refers to himself using a masculine participle (see 11:32: “would fail me to tell”). Since “us” included the author in 2:3 (the salvation “attested to us by those who heard”; also 2:1), it appears that he was not an eyewitness of Jesus. The author passed on the greetings of those “from Italy” (13:24). Scholars debate whether he was in Italy writing to the church elsewhere or was outside Italy (though accompanied by Italians) and writing back to an audience in Italy (possibly at Rome).

The audience’s social situation can be inferred from commands to “remember those who are in prison” and who are “mistreated” (13:3). Timothy himself had just been set free (13:23). Indeed, the author of Hebrews commended his audience for their former endurance of persecution, for their compassion on those in prison, and for having “joyfully accepted the plundering of your property” (10:32–34).

The author warned against “strange teachings” in the church (13:9), and these teachings may have been related to the use of ritual foods (13:9–10). Moreover, he repeatedly called his audience to persevere in the faith and cautioned them about the danger of leaving the Christian communion, as he sought to show the superiority of Christ to Mosaic sacrifices and rituals (chs. 3–10). Hence the early church was likely correct to assert that Jewish Christians (as well as Gentiles who had previously been drawn to the Jewish religion) were the intended audience for this book (see “our fathers,” 1:1). Furthermore, such an audience would have well understood the book’s many citations and allusions to the OT (and would have shared in the writer’s frequent use of the Septuagint, the Greek translation of the OT).[1]

Hebrews is a long, sustained argument, in which the author moves back and forth between an argument (based on Scripture) and exhortation. What drives the argument from beginning to end is the absolute superiority of the Son of God to everything that has gone before; this is what his exposition of Scripture is all about. What concerns the author is the possibility that some believers under present distress will let go of Christ and thus lose out on the Son’s saving work and high priestly intercession, and thus their own experience of God’s presence; this is what the interspersed exhortations are all about.

The introduction (1:1-3) sets the pattern with a sevenfold description of the Son and his work that makes him God’s last word. This is followed by a series of two major arguments (1:4-4:13; 4:14-10:18), each with several subsets, and a final major application and exhortation (10:19-13:21), in this case interlaced with some further biblical arguments.

Part 1 is all about the Son—his superiority to angels despite (and because of!) his humanity (1:4-2:18), to Moses (3:1-19), and to Joshua (4:13). Here the author also sets the stage for part 2: Christ’s effective high priestly ministry is made possible through the preexistent and now exalted Son’s having become incarnate. And the failure of the first exodus lay not with Moses and Joshua, but with the people’s failure to faithfully persevere; the readers are urged not to follow in their footsteps.