By carmenhsu In Devotion Text, Philemon with Comments Off on Philemon 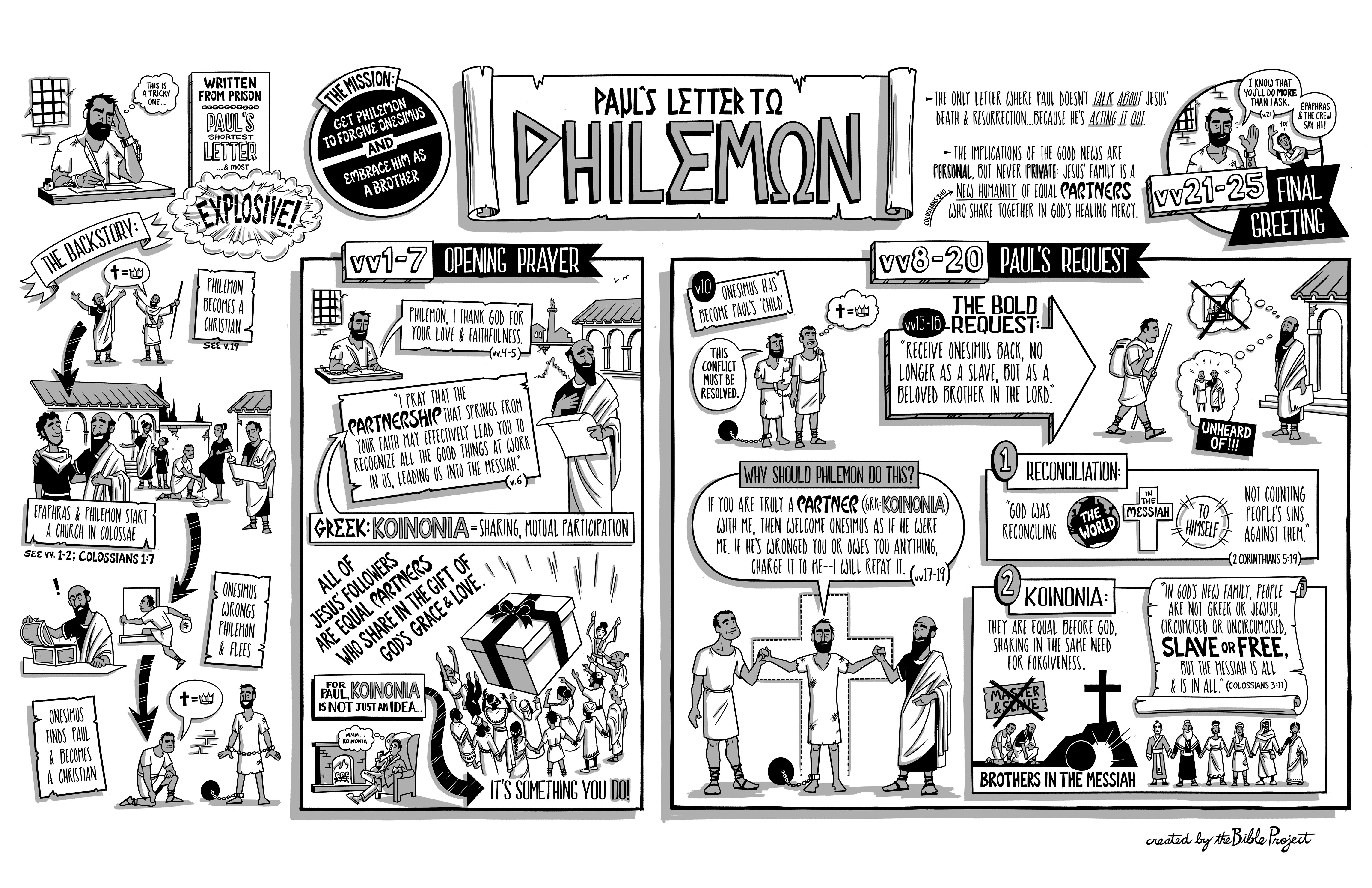 A Study Through the Book of Philemon

Paul and Timothy are explicitly named as the authors in verse 1. It becomes apparent, however, that the apostle Paul is the principal author when the first person singular (“I”) is used from verse 4 throughout the rest of the letter. The title indicates that it is a personal letter to a man named Philemon. Nevertheless, Paul intends it to be read to the entire church that meets in Philemon’s home (v. 2).

The letter was probably written c. A.D. 62. Paul may have written it at roughly the same time that he wrote Colossians and Ephesians. All three letters were sent with Tychicus and Onesimus. This date assumes that the imprisonment Paul refers to (see vv. 1, 9, 10, 13, 23) is his imprisonment in Rome (Acts 27–28). [1]

This, the shortest of Paul’s letters, was an extremely delicate letter to write. Paul is explicitly asking forgiveness for a crime that deserved punishment (Onesimus’s crime)—and implicitly for another crime that could have been brought before the proper authorities (Paul’s harboring a runaway slave). You will want to observe how carefully Paul puts all of this into gospel perspective, beginning with the prayer and thanksgiving (vv. 4-7), where he praises God for the way the gospel has already been at work in Philemon’s life. Note especially that Paul refuses to lean on his apostolic authority (see vv. 1, 8-10, 17, 21); rather, he appeals on the basis of the gospel of love (vv. 8-11). He also reminds Philemon that he, too, is one of Paul’s converts (v. 19), whom he regards now as a “partner” in the gospel (v. 17).

Verses 12-16 are the coup. Onesimus has really been in the service of Philemon without his knowing it, and his having been a runaway may finally serve the greater interests of all, especially the gospel. Even though Onesimus is returning as a repentant slave, the first relationship between slave and master, Paul reminds Philemon, is that of brother in Christ. [2]