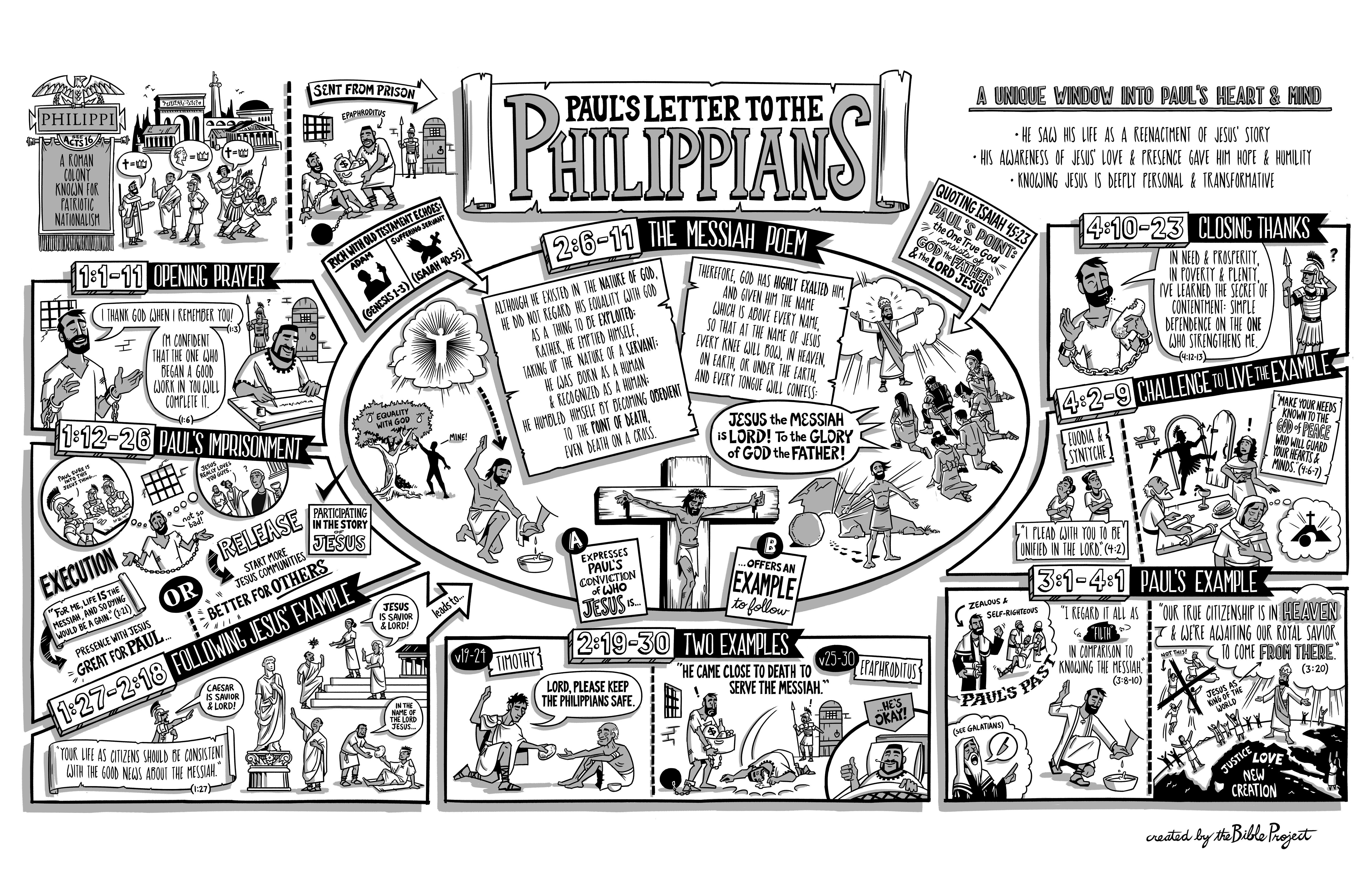 A Study Through the Book of Philippians

Paul is the stated author of Philippians, and few have questioned his authorship. It was written to the Christians in the Roman colony of Philippi.

Scholars have debated Paul’s location when he wrote Philippians. Caesarea, Ephesus, and Rome have been the three most commonly proposed locations. Paul was in fact imprisoned in the “praetorium” of Herod the Great in Caesarea (Acts 23:35; cf. ESV footnote on Phil. 1:13) around A.D. 60. But his statements to the Philippians about his possibly imminent death (e.g., 1:20) would be puzzling if coming from Caesarea, since he would have been able to request a trial in Rome, as in fact he did. Ephesus was close enough to Philippi for Paul to receive regular news from there, but there is no mention of his ever being imprisoned in Ephesus. On balance, it seems most likely that the letter was written from Rome, c. A.D. 62. This also fits most naturally with the mention of the praetorium and “Caesar’s household” (1:13 and 4:22).[1]

Philippians is the favorite letter of many Christians, full of wonderful and memorable passages. To his longtime friends at Philippi Paul bares his soul more than anywhere else in his letters (1:12-26; 3:4-14). Here you get a good look at what made Paul tick—Christ crucified and raised from the dead, whose story is recounted in 2:5-11. Paul has given up all his past religious “profits” and counts them as “loss,” as “garbage,” in comparison with knowing Christ, who is also the final prize he eagerly pursues (3:4-14).

But the community in Philippi is experiencing some inner tensions at the very time they are also undergoing suffering because of pagan opposition to their gospel, so Paul addresses this matter head-on (1:27-2:18). He also warns them against adopting Jewish marks of religious identity, especially circumcision (3:1-4), which would, in fact, make them enemies of Christ (3:18-19).

Thus even though Paul’s and their “circumstances” make up the heart of this letter, everything finally focuses on Christ. Indeed, Paul urges the Philippians to follow his own example just as he follows Christ (3:15, 17; 4:9; cf. 2:5). Since the letter will be read aloud in church and since they are his friends no matter what, he saves his thanksgiving till the end (4:10-20)—acknowledging their gift with overflowing gratitude and reminding them that God himself accepted it as a sweet-smelling sacrifice (4:18), which leads to doxology (v.20). [2]